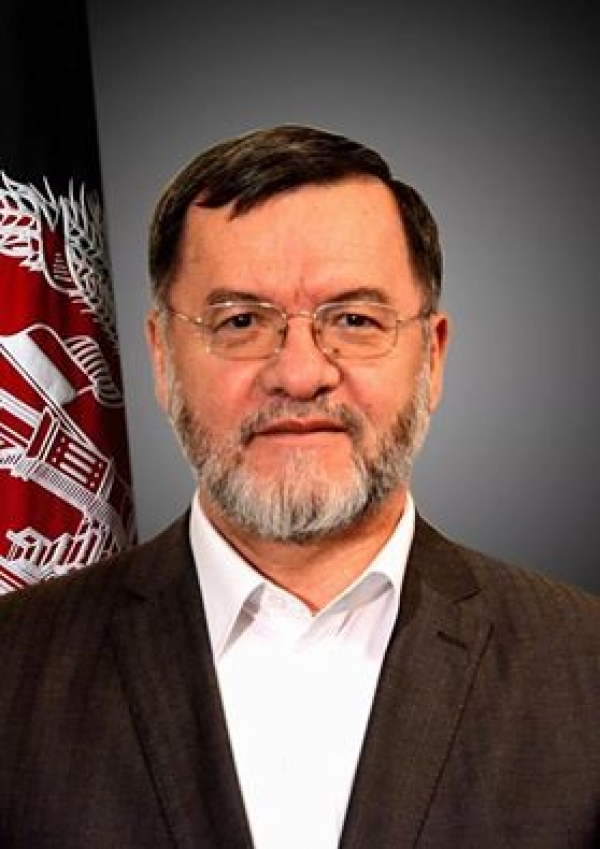 His Excellency Mr. Sarwar Danesh son of Haji Mohammad Ali was born on 1961 in Daykundi province, where he has completed his primary education. Professor Daneshhas accomplished his higher education at Iraq, Syria higher education institutions.

2.      Bachelor of Islamic intuition and Feqah.

4.      Awarded the Juristic Grade from Academic and professional Cadre of Justice Ministry.

After Collapse of Taliban regime Legist Danesh has been working in the following key and high ranking official and executive position.

1.      Second vice President of Islamic Republic of Afghanistan from December 2014.

2.       Director of consultative and advisory board of judiciary and legal affairs of the Islamic Republic of Afghanistan form 2012 to 2014.

8.      Member of drafting and writing of Afghanistan’s constitutional law in 2002.

During Jihad and resistance of afghan people, Legist Mr. Danesh besides continuing of his education, played an active role in political and cultural affairs including holding following positions:

1.      Lecturer of Shariya law at Afghanistan institute of higher education for eight years.

2.      Lecturer of law in different universities and institutes of higher education in Afghanistan since 2001.

3.      Deputy leader for the Islamic Unity Party of Afghanistan Assembly. 2003

4.      Member of High Council of the Islamic Unity Party of Afghanistan.

5.      Chief and one of the founders of Cultural Center of Afghanistan writers.

6.      Director of cultural committee and publication of the Islamic Unity Party of Afghanistan in exile.

Managment and direction of magazines and publications;

9. Co-operation with Hablullah magazine and and publication which, was initiated by Martyred Leader of the Afghanistan Islamic Unity Party, Ustad Abdul Ali Mazari.

Ostad Danesh has many unpublished opuses while only 24 books have been issued by Legist Danesh including his translation for instance;

4.      Generalities about the constitution

More than 400 articles on different political, cultural, theological and historical issues are published with in the country and abroad. Furthermore, Legist, Danesh had  active participation in reviewing, revising and reprinting (reissuing) of several historic and important books such as Serajul Tawarikh, Afghanistan in throughout the history (Afghanistan dar masir-etarikh), Afghanistan Political History, Constitutional Movement in Afghanistan, Culture and Hazara Men. A research about Hazara and Hazaristan, Natural Structure for Hazara Jat, politics and theology, collection of Afghanistan constitutional laws, Regulation  and arrangement of Afghanistan’s Law collection, chronological table of context for Afghanistan extraordinary publications/ official Gazette of Afghanistan,  Manifest  and statute of Afghanistan’s political parties and so on…

Legist Danesh in addition to Dari, is fluent in Arabic language and has translated many books from Arabic to Persian and vise-versa and; also speaks of Pashto and English.